Located in the Patio de Caballos, it offers its visitors an attractive tour through the history of bullfighting, demonstrating the relevance of bullfighting in the history and culture of Spain. Free access, eighth most visited monument in the Community of Madrid, in this space you can see prints of Goya, dresses, monteras and capes for walk of great bullfighters of the twentieth century or a corner dedicated to the figure of Manolete. 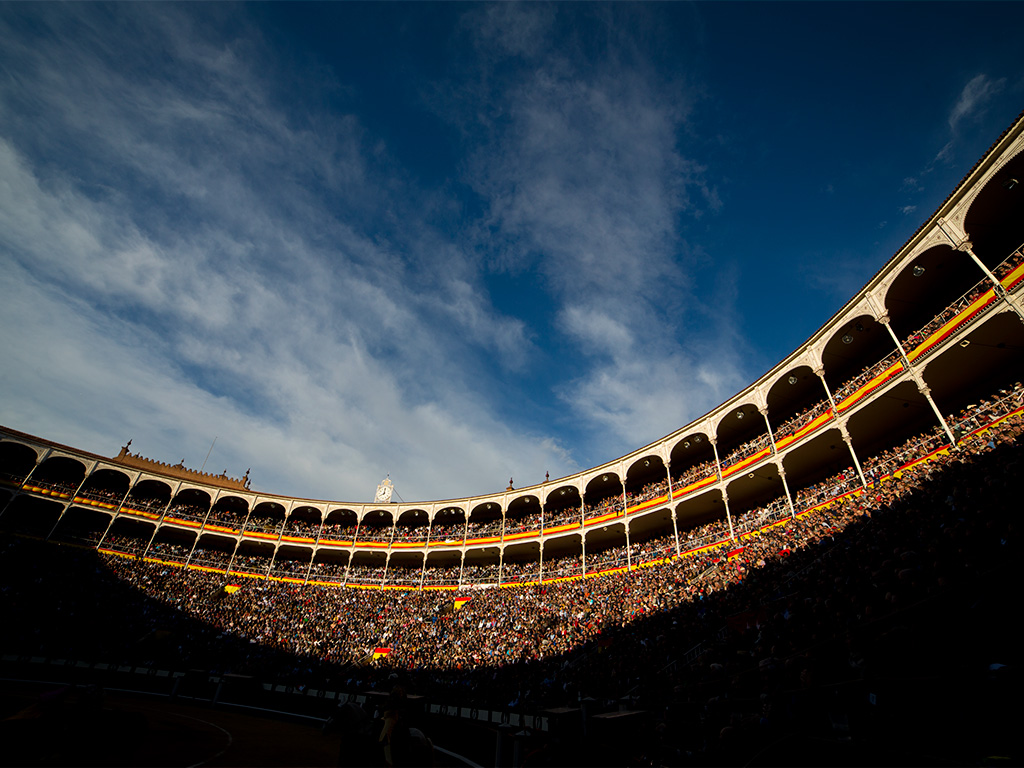 The secrets of the Bullfighting Museum

The Bullfighting Museum is divided into three large rooms dedicated to the Las Ventas bullring; bulls, bullfighters already dressed to fight; and finally, a room dedicated exclusively to bullfighting painting and the original posters of the works that have announced the Goya bullfights on May 2 and Beneficencia, under the signature of Barceló, Arroyo, Úrculo, Pérez Villalta, Manuel Alcorlo and Alicia Ochoa, among others.

Since April 2015, the Bullfighting Museum has new facilities, as a result of the expansion works that have resulted in a gain of almost 125 square meters, which allows the thousands of visitors who come to see it annually have a greater and better knowledge of the history of our bullfighting. 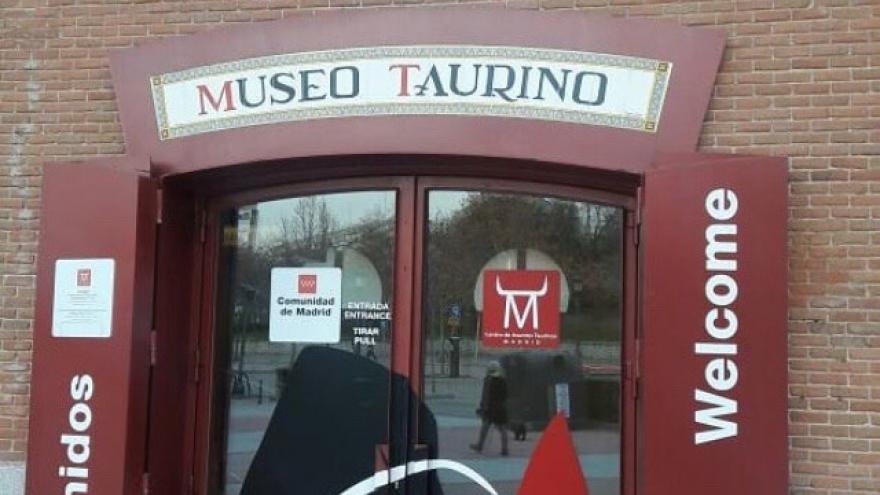 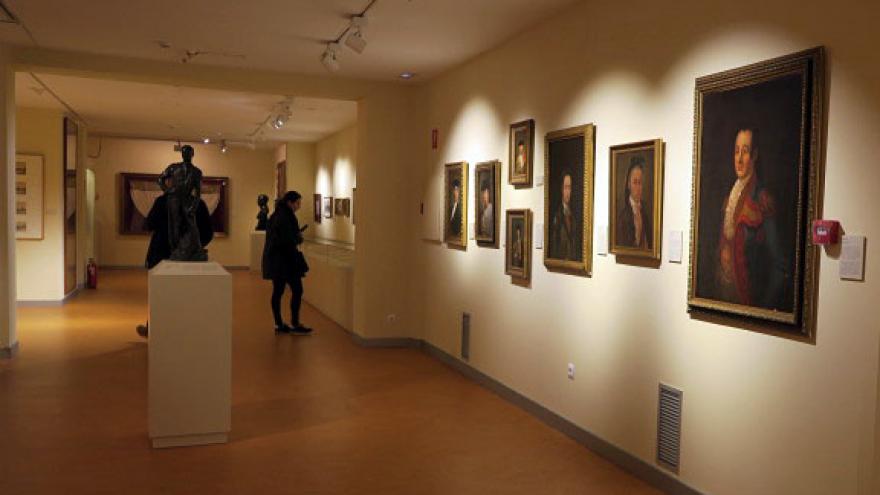 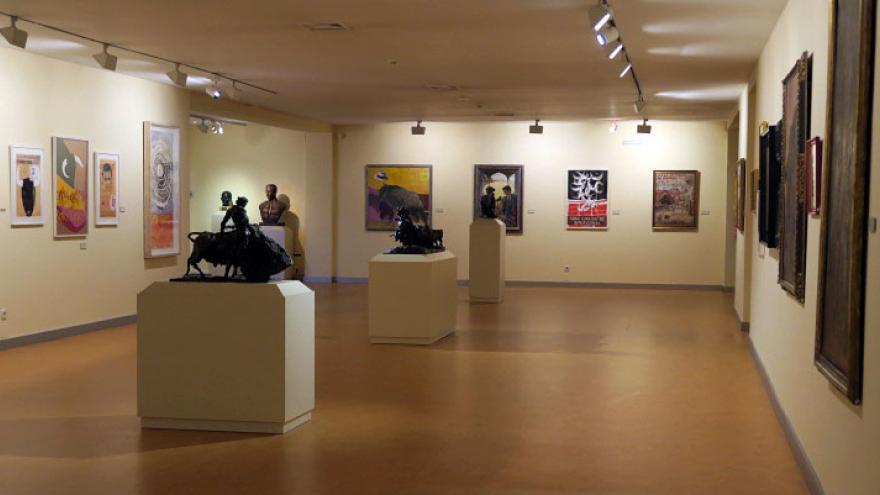 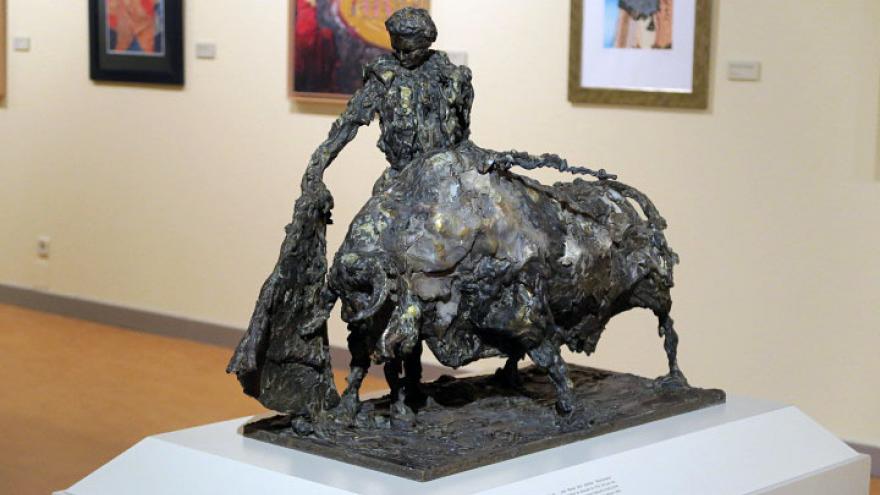 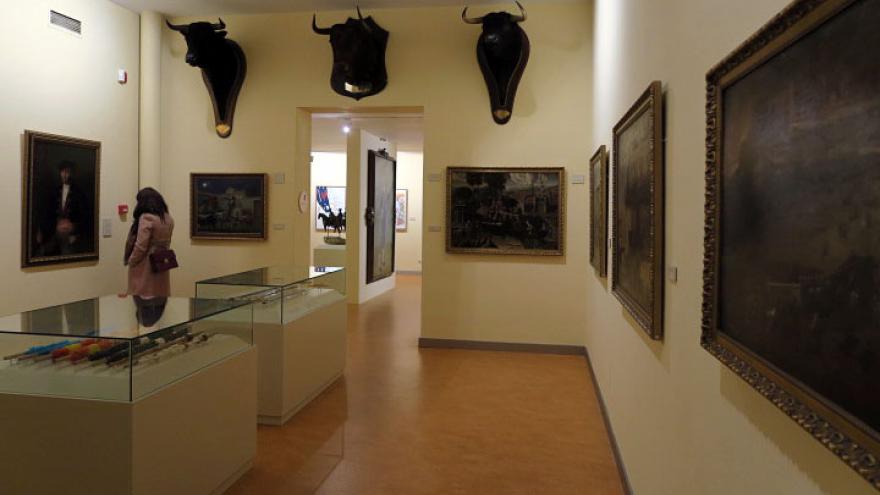 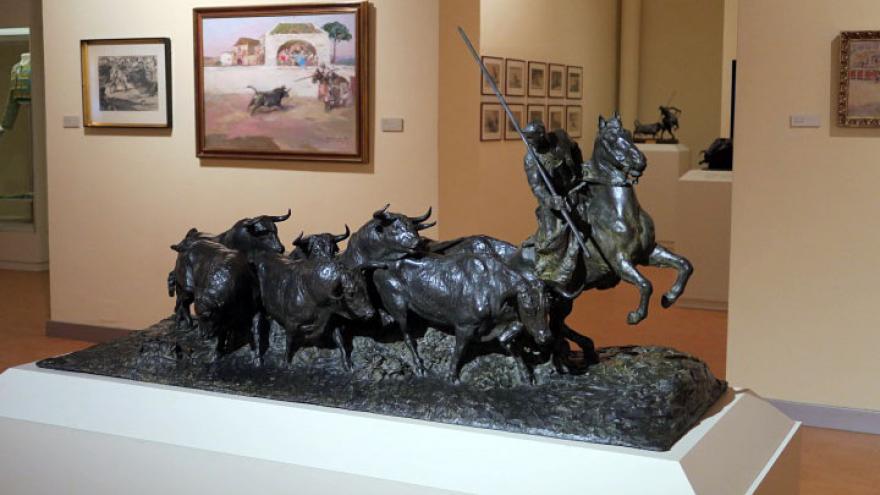 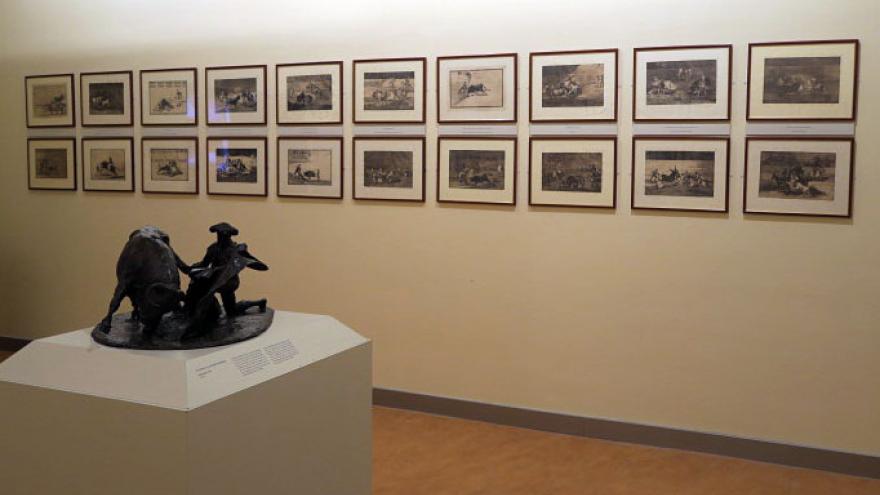 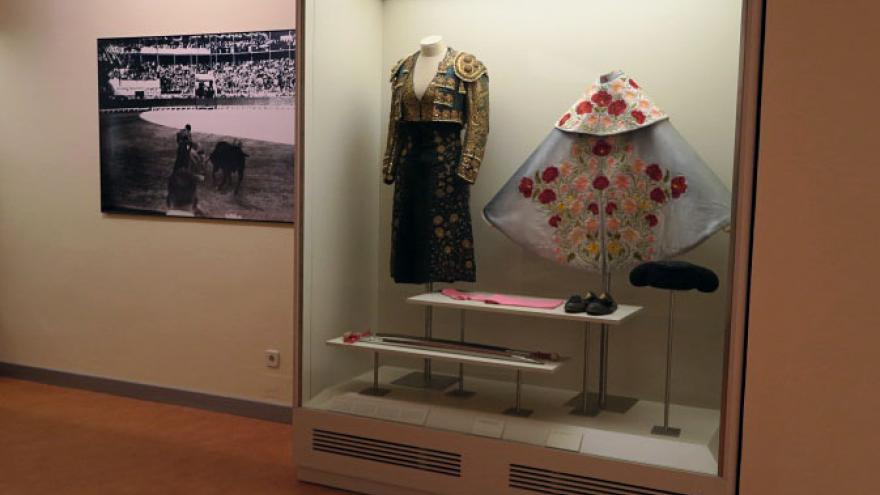 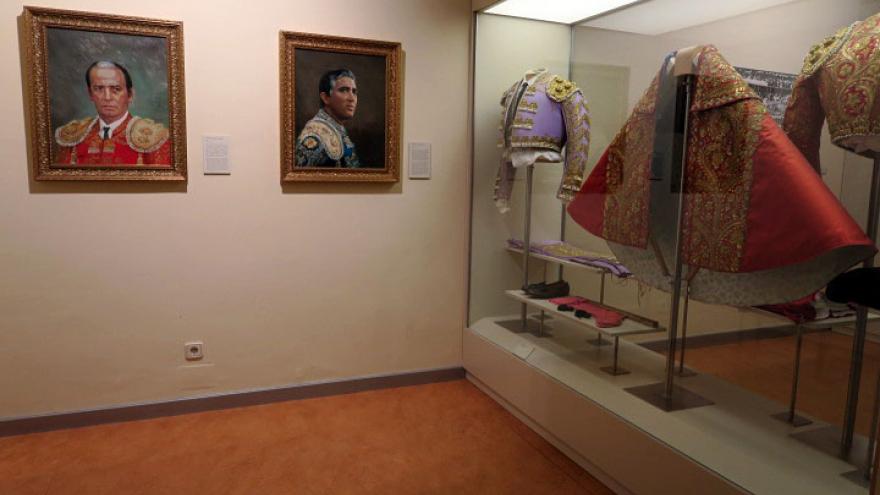 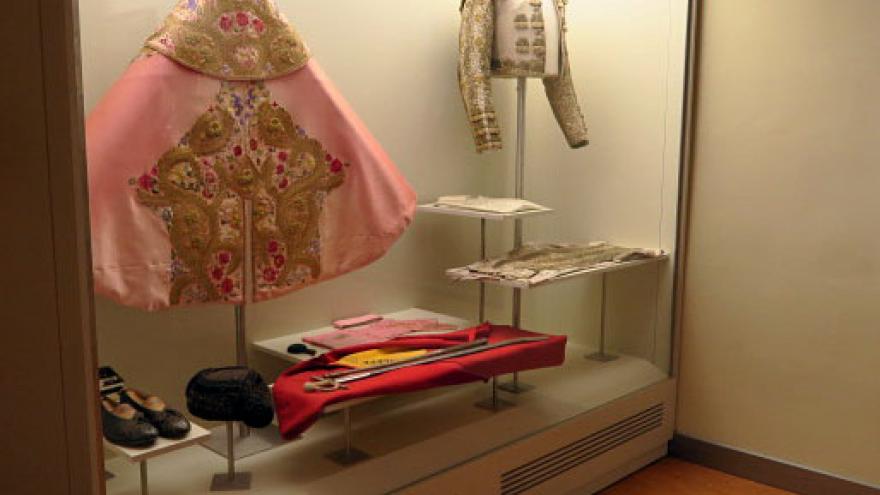 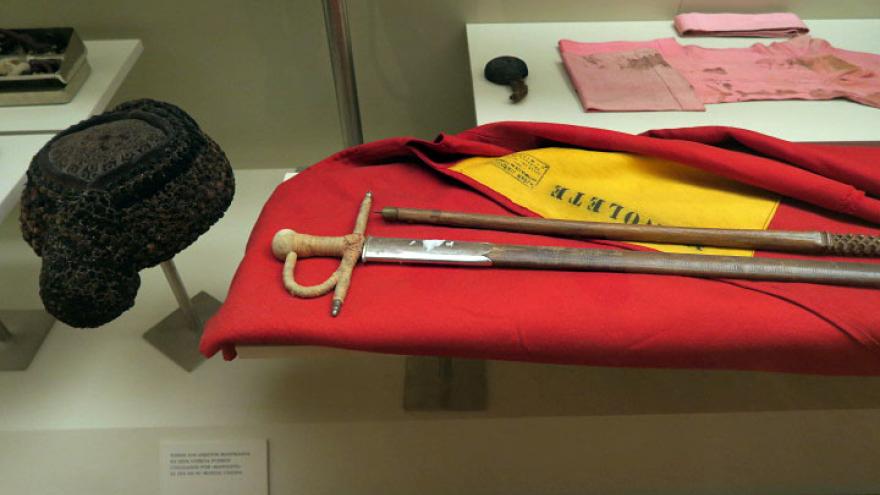 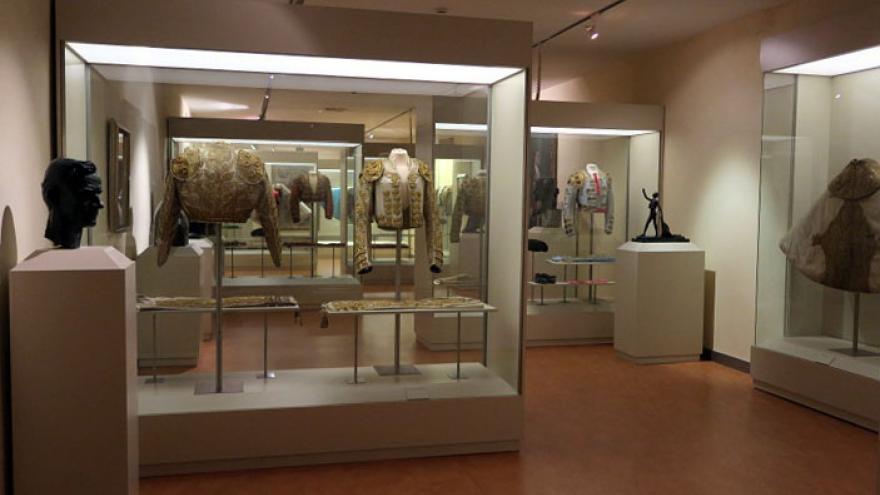 The collection of portraits takes us to different periods in the History of Bullfighting, from Pedro Romero to José Miguel Arroyo "Joselito", passing through the faces of Joaquín Rodríguez "Costillares", José Delgado "Pepe Hillo", Francisco Montes "Paquiro" , Frascuelo or Lagartijo, all pioneers in the art of fighting with a crutch. The portrait of José Gómez Ortega "Gallito", drawn by Manuel Benedito, is one of the most fortunate that remains of him; and one of the best works in the Museum is the portrait that Daniel Vázquez Díaz made of Juan Belmonte in 1934. Of the unforgettable Manuel Rodríguez "Manolete", this space preserves notable memories, such as the bronze bust of Joaquín Roca Rey or the portrait of Oil of Espinosa, dressed in pure and gold. Among the authors, both in the painting and sculpture collections, in addition to those already mentioned, the names of notable artists such as Ignacio Zuloaga, Roberto Domingo, Ruano Llopis, Andrés Martínez de León, Eduardo Arroyo, Miquel Barceló, Diego stand out. Ramos, Julio Antonio, Mariano Benlliure, Sebastián Miranda, Luis Sanguino or Pablo Lozano. In addition, the complete series of the second edition of prints of "La Tauromaquia" by Goya, engraved in etching, is on display. 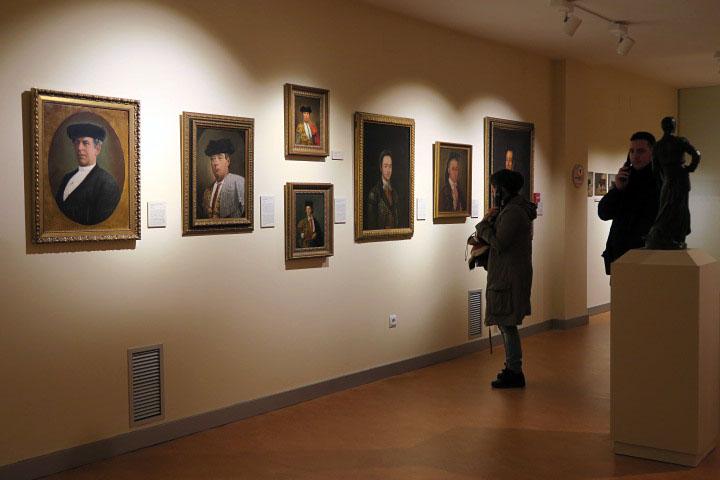 In the showcases of the Museum there is a rich collection of bullfighting dresses and walking capes. Through these dresses and their accessories you can see the changes that have been taking place in them from the 66th century to the present. The oldest garment in the collection is a José Rodríguez “Pepete” vest, precisely the one he wore when he was wounded by the bull Jocinero de Miura. Another of the oldest pieces is an elegant walking cape by the Basque matador Luis Mazzantini, made of blue silk and richly embroidered in gold. Other more modern walking capes are displayed in the Museum, such as that of Juan Belmonte, on loan from Gregorio Marañón. Joselito also conserves the scarlet and gold vest that he wore on the tragic afternoon in Talavera de la Reina. The greatest impression on visitors is the pale pink and gold dress that Manolete wore the day he died in Linares; while the dress and accessories of the Madrid bullfighter Juanita Cruz form a unique set because this is the first woman who took the alternative. The collection is completed by other dresses that belonged to closer right-handers in time, such as Antonio Chenel's lilac and gold suit "Antoñete", with which he left the Puerta Grande de Las Ventas when he was XNUMX years old. 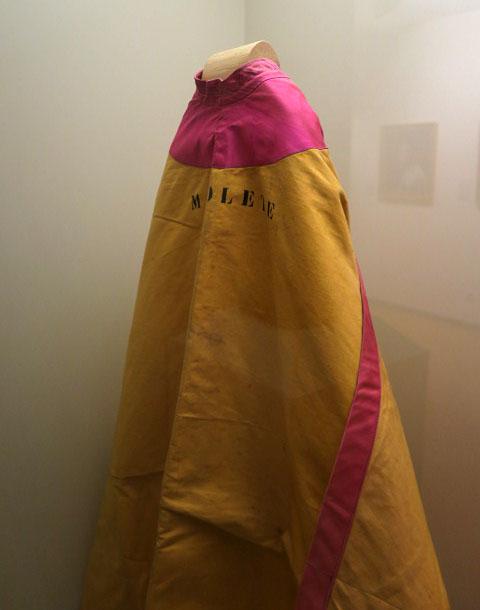 The Las Ventas Bullfighting Museum has, since 2019, a new cultural space that makes visiting its facilities even more attractive, as it has the only Immersive Room that exists in a bullring in Spain, allowing the viewer to “ move ”, through images and sounds, to different spaces related to the world of the bull. Thus, the visitor can know in a real and reliable way, from what the life of the bull is like in the field, visiting the Gavira cattle ranch from Cádiz, to attending a celebration in Las Ventas 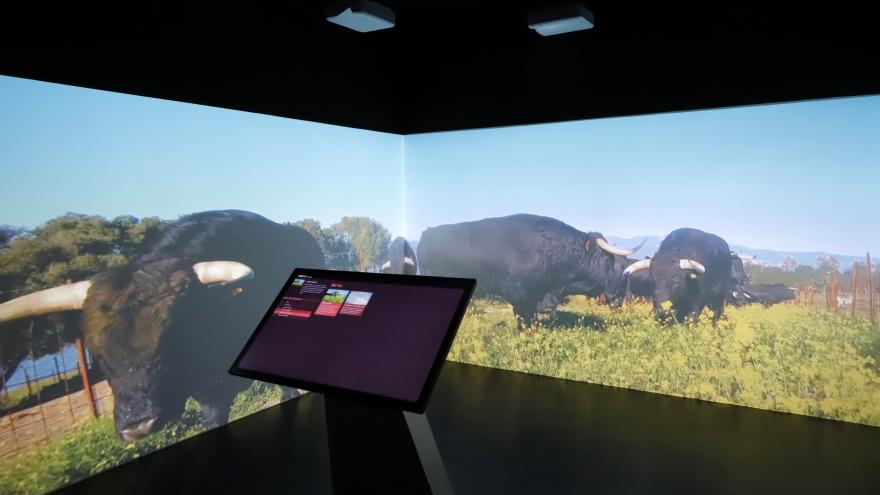 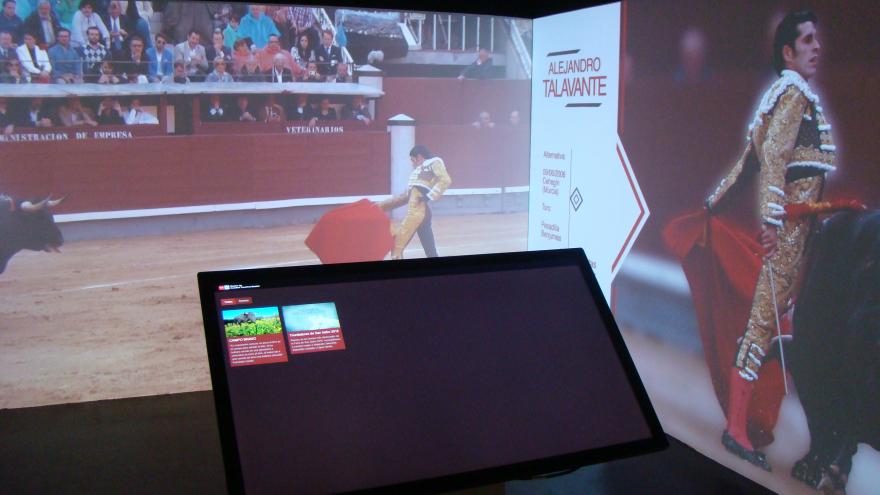 History of the Museum

During a morning in the bullring, it is common to hear tourists speaking in Spanish, English, French, Italian, Portuguese, German, Chinese and Russian, sometimes all gathered at the same time in the same ring. Las Ventas is a crossroads of first-rate cultures in the Community of Madrid. Most of the visitors who come to visit Las Ventas are of French nationality, although citizens from China are the ones who have increased the number of visits the most in recent times.